Six Reasons Detroit is One of the Best Places to Live 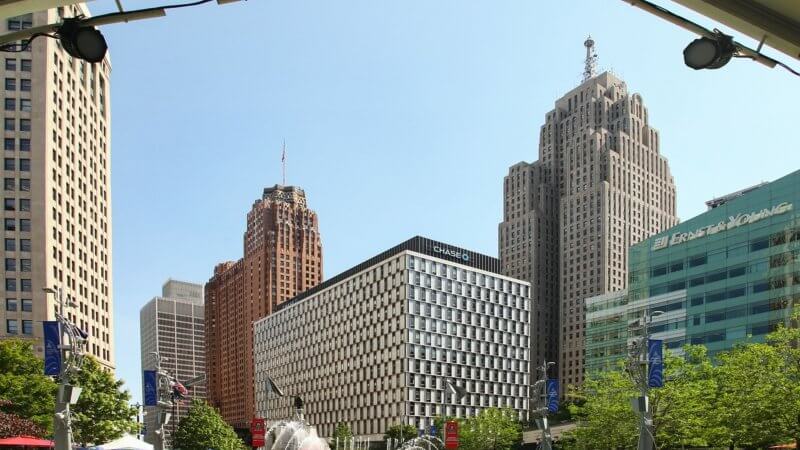 Detroit is a place that’s been through a lot of hard times. From the 2008 recession to filing for bankruptcy in 2013, the city has seen better days. But don’t let all the negativity dissuade you from considering this as your next home! Beyond the unfortunate events of the past, Detroit is slowly making a comeback, and you don’t want to miss a moment of it. Now is the perfect time to pack your bags and head over to Motown. That said, here are six reasons that make Motor City move-worthy!

Well, not exactly, but it’s the nearest thing to free with the super affordable listings in Detroit. While property prices have been on the rise for the rest of the country, the city remains one of the cheapest places to buy a house, with a median home cost of $169,109. This is far lower than the $340,000 U.S average. Plus, other living expenses such as food, transportation, and healthcare are also cheaper by at least 28%! Though houses here do have a lower price tag expect most of them to be run down, old, or in need of a makeover. Still, if you’re looking for the best bang for your buck, you’ll have a hard time finding better deals than the ones you’ll find in Motown. 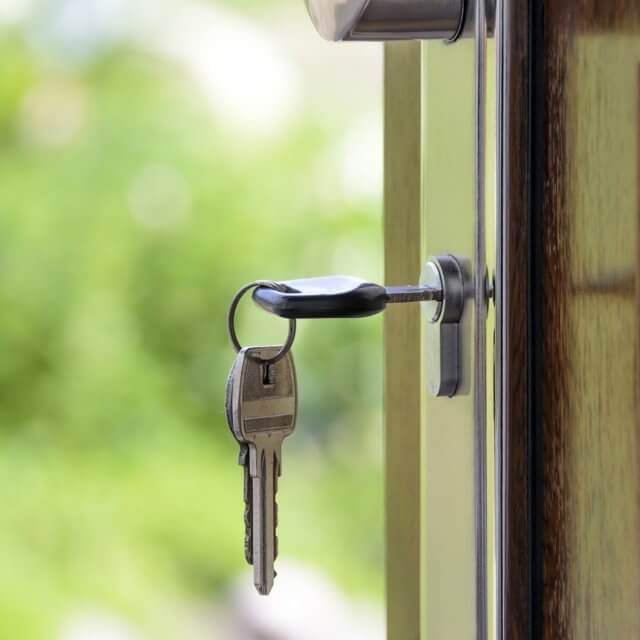 Detroit is one of the cheapest places to buy a house. You may just have to fix it up a little.

Founded back in 1701, Detroit has over 300 years of history under its belt. It started as a fort settlement, eventually growing to become one of the biggest manufacturing giants in the country. Want to experience a piece of the city’s automobile history? Stroll down Bagley Street where Henry Ford debuted his car, the ‘Quadricycle’ for the first time. The Ford Piquette Avenue Plant manages to preserve the looks and atmosphere of the automobile industry’s golden days. A walk down the Detroit Riverfront is also something to cherish. This place has been a center of events and commerce in Michigan’s rich history. And if you wish to dig deeper into Detroit’s past, make sure to visit Motown Museum, where you’ll discover the town’s musical history. Living in the city is truly a different yet wonderful experience from what you hear or read about in the news. 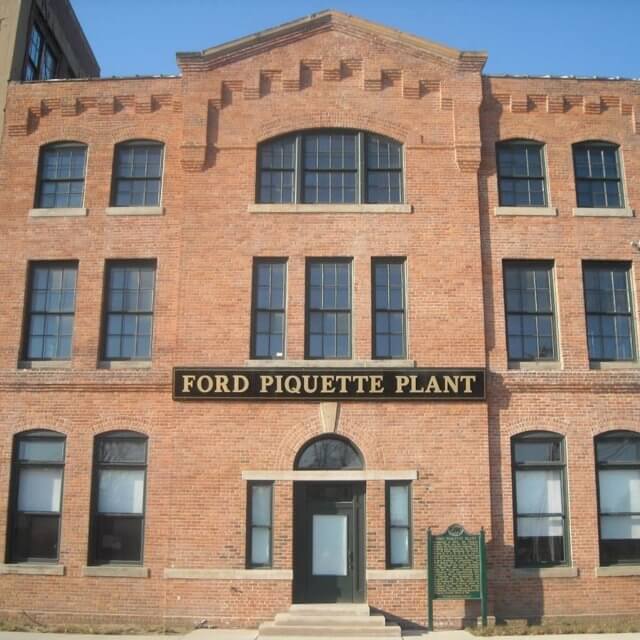 Car fan or not, going to Ford Piquette Plant is a place you’ll want to see. Photo courtesy of Wikimedia Commons.

3. Canada is Only Minutes Away

Traveling to another country has never been easier than hopping across to Detroit’s closest neighbor: Canada. If you want to step on foreign soil, all you have to do is ride across the Ambassador Bridge, and you’ll reach Windsor, Ontario, in 10 minutes. How cool is that? Chill at some of Ontario’s scenic spots whenever you need to take a break from the industrial bustle that surrounds Detroit. 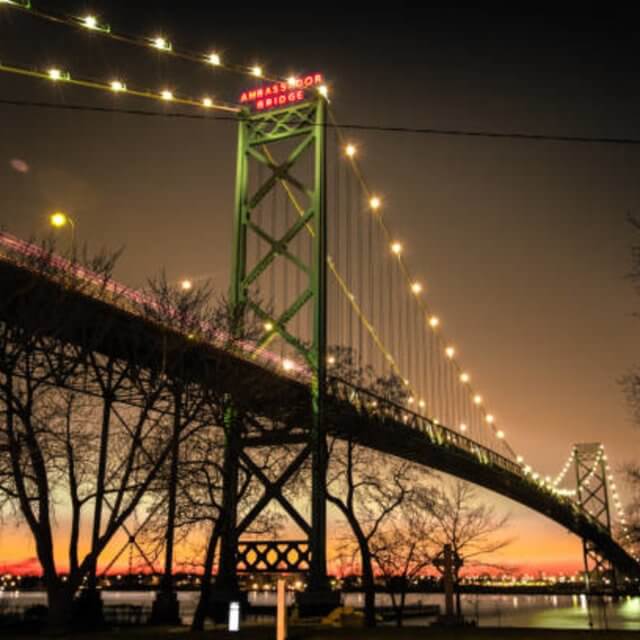 So close yet so far? Not for Detroit and Canada! So close and so near!

When it comes to sports, Detroiters are highly competitive and enthusiastic. The city is home to four professional sports teams, with each one boasting notable past achievements. The Detroit Lions won the 1935 National Football Championship. The Detroit Red Wings nailed two consecutive victories during the National Hockey League’s Stanley Cup in 1936 and 1937. The Detroit Tigers baseball team also grabbed the crown during the American League pennant in 1934 and 1935.

But the most impressive accomplishment the city takes pride in happened in the summer of 2004. An underdog Detroit Pistons dethroned the Los Angeles Lakers superteam led by Kobe Bryant and Shaquille O’Neal during the NBA Finals. It wasn’t even a close fight. The Pistons totally crushed the Lakers, 4 – 1 in the 7-game series, scoring 100 – 87 in game five to seal the championship. Although it was the last time Detroit held the crown, it’s definitely a moment in sports history no one will ever forget. 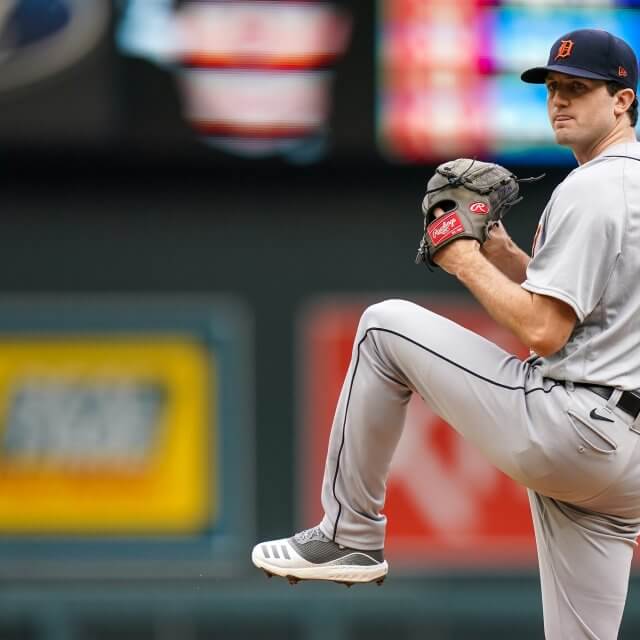 Once you move in, you’ll have plenty of hometown teams to cheer on! Photo courtesy of Click On Detroit.

5. It’s a Place of Opportunities

Yes, Detroit’s economy has been shaky for a while. There’s no denying that. However, the city is making a comeback. According to an outlook from the University of Michigan, Detroit’s unemployment rate fell from 18.7% in 2013 down to 7.5% in 2019. That said, you’ll find diverse job opportunities in manufacturing, healthcare, public services, accommodation, and hospitality services. Although Detroit’s future seems to hold promise, it still faces substantial challenges like a high poverty rate and low educational attainment. The bottom line is, the city isn’t giving up anytime soon.

While heavy gridlocks plague almost every major city, Detroit manages to maintain smooth traffic flow. It’s all thanks to Motown’s manufacturing-driven economy. As a major port town, the city has always worked to keep its infrastructure up-to-date to keep goods flowing in and out. This infrastructure includes an extensive highway system. Despite the 700,000 people living here, it’s generally easy to get around town. Several interstates and highways crisscross the metro area, while a wheel-shaped series of roads transport drivers to the heart of the city. For more info on getting around the city, check out this helpful article.

And that’s it for six reasons to love Detroit. We hope to welcome you to the Motor City soon, with our affordable Detroit moving services. Call or text now for a free quote!