Everything to Know About the Cost of Living in Detroit, Michigan 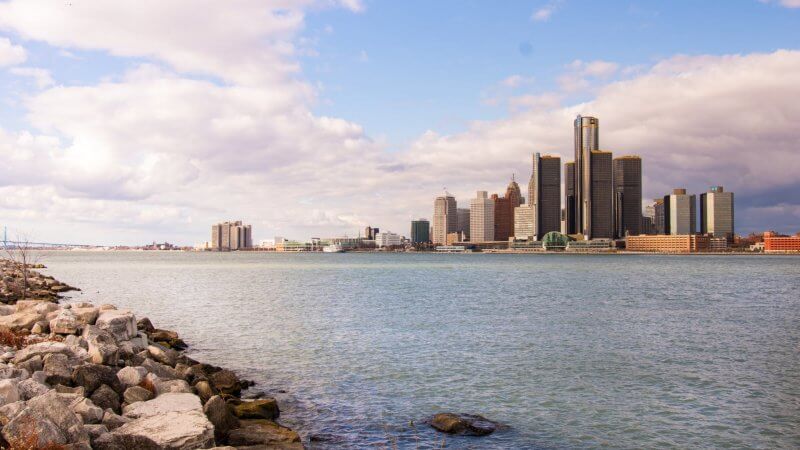 Living costs vary greatly across the country. What may be affordable in one area may sound expensive to residents of another part of the country. The economy plays a significant role in this reality. A highly progressive market offers more opportunities, better salaries, and of course, you can expect the expenses to climb as well.

The question is: Do you think you can keep up?

Well, if you’re moving to a new city, it’s important to know the statistics first before you start making any big decisions. And to be more specific, today, you’ll be learning about the numbers involved in moving to Michigan’s Motor City, Detroit.

Let’s start with a quick introduction.

Meet the City of Detroit

Nestled in the southeastern cradle of beautiful Michigan, Detroit is the 24th most populous city in America, and in our opinion one of the best places to live in the country. More than 700,000 residents buzz around the metro, enjoying its eclectic neighborhoods, diverse entertainment, and energetic nightlife.

Detroit is a place that lives and breathes innovation. As the birthplace of the automobile, Detroit’s automotive industry has been around since before Henry Ford’s Model T revolutionized transportation and factories. It’s an established industrial powerhouse respected by cities from far and near.

However, cars and Motown aren’t the only things that define Detroit. Going around, you’ll find an abundance of historical places, museums, dazzling waterfronts, and parks filled with trees and laughter. Up to this day, it’s still amazing how a city dominated by machines can feature such beautiful patches of nature.

But these things don’t matter much to you, right? The living costs are what you’re truly after. 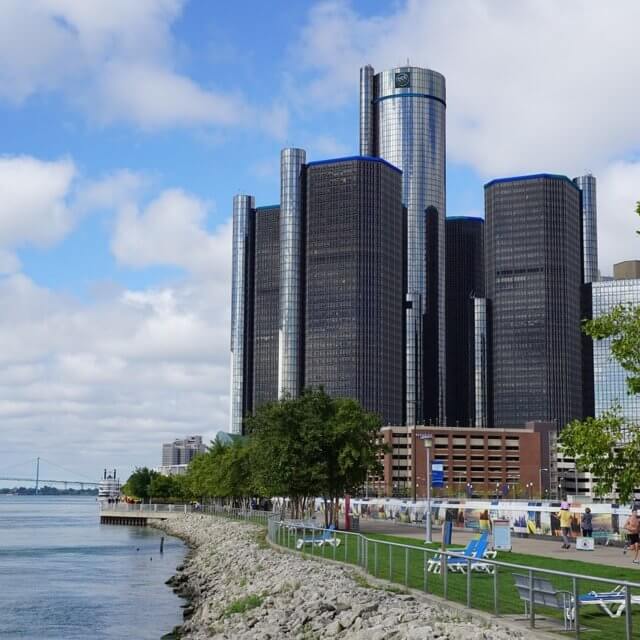 Feel at home in Detroit, MI.

Cost of Living in Detroit MI

When talking about a big city, one can expect living costs to be expensive. Surprisingly enough, Detroit is highly affordable – even cheaper than some suburbs surrounding other major cities. Its overall cost of living index is only 87.6, in contrast to the U.S. average of 100.

Confused? The cost of living index is a system devised by bestplaces.net to simplify the comparison of expenses between places in the U.S. To demonstrate, Detroit’s index implies that it’s 12.4% cheaper than the U.S. average. Conversely, a 150 index would mean that a city is 50% more expensive than the rest of the states.

To be more specific, the Family Budget Calculator provides a useful breakdown of possible expenses for a family of four in Detroit.

If you look closely, necessities like food, healthcare, and housing are astoundingly cheap in Detroit. However, you might face financial challenges when it comes to raising a child since childcare comes with a hefty price tag. Not to mention that taxes will take a considerable chunk out of your income.

If you’re wondering why the median home cost in Detroit is so cheap, that’s because lots of people left during the city’s decline in the 1950s. Now that things are starting to pick back up, many abandoned homes are being refurbished and put back on the market at a relatively affordable price.

As you may already expect, Detroit is one of the leading car suppliers in North America. Big names like Ford, FCA US, and General Motors Co. have had roots in the city for decades. In addition to auto manufacturing, careers in construction, health care, social work, accommodation, and food services are some of the most reliable sources of income in the area.

Despite all these, Detroit’s unemployment rate alarmingly sits at 11.1% compared to the U.S average of 3.7%. The median household income is only $26,095 a year. This is far lower than the U.S average of $53,482 a year. Additionally, the city faces a poverty crisis, with 36% of the population living below the poverty line, as reported by datausa.io.

Although you might have a valuable set of skills that secures your position in the higher stratum, these statistics reflect Detroit’s overall economic situation and will certainly affect you one way or another.

Taxes are an integral part of life. Whether you enjoy paying them or not, it’s best to be prepared for the unexpected and know what’s in store for you. That said, Detroit’s rates are not as bad as you think, but they’re still something worth considering.

Before you move, remember that affordability doesn’t directly reflect the quality of life an area offers. A city can be expensive and provide you the time of your life. At the same time, a town can be cheap but lacking in some amenities. Make sure you dig deeper into your potential new home’s whereabouts so you won’t be making regrettable decisions.

Anyway, moving can be a really tough experience, especially in a busy place like Detroit. If you don’t want to deal with all the stress, be sure to hire excellent professional Detroit movers. Let them handle everything for you while you sit back and enjoy the experience like a boss.